The Black Martian is commonly known as the First Born. They are a warrior race and proud. For thosands of years the First Born lived in secret isolation and fostered a belief that their "home" was the moons of Barsoom whenever they savagely attacked and plundered the other inhabitants of the Red Planet.

I had an excellent opportunity to examine them ... They were well over six feet ... features were clear cut and handsome ... eyes well set and large ... the iris was of extreme blackness, while the eyeball itself was quite white and clear. The physical structures of their bodies seemed identical with those of the therns, the red man, and my own...only in the colour of their skin did they differ ...(and) that is the appearance of polished ebony...

The First Born do not work. They consider themselves the superior of all Martian races and exist by plundering the world. Over hundreds of years they peridocially erupt from their hidden bases at Otz and Kamtol and attack with impunity, never fearing retaliation.

Burroughs apparently decided that some regional "dialects" might be appropriate in parts of Barsoom. This is shown by the change in titles and ranks within the First Born communities. They normally do not use the more common "Jed" and "Jeddak" titles found in the Green, Red, Yellow and White Races. Dator is the highest title of respect, for officers only, and roughly translates to "prince". Gods

The First Born worship a living deity known throughout Barsoom as Issus. She has a multitude of lesser titles, and weilded great and absolute power until John Carter proved the religion to be a hideous hoax. Issus, accomplished through the unwitting aid of white missionaries, the Holy Therns, had perpetuated a vile and deceptive religion for her own sadistic purposes. This is covered completely in the chapter on religion, but briefly it should be stated that Martians, achieving the upper reach of their 1,000 year life spans, voluntarily made a final pilgrimage down the River Iss to "heaven". Heaven being the Valley Dor where the Martians expected to receive the blessing of Issus and be granted immortality in a world where peace reigned. The reality, however, was quite the opposite, robbery, rape and murder where among the various endings these poor souls faced, or enslavement by the Holy Therns. Some of the unfortunate victims wound up in the Valley Otz where even more horrible fates awaited them.

An example of this is that any prisoner or individual not authorized to do so who gazed upon the face of Issus, that person was forced to serve as the goddess' personal slave for a period of one year, then they were executed, unless they happened to be women. 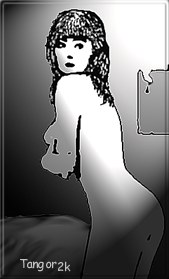 Issus would then eat them. Men in such condition were forced to put on gladiatorial exhibitions for the pleasure of Issus and might prolong their lives for as long as they were successful in combat.

The Land of the First Born is located at the south pole in the Valley of Otz. The main city of this tall and handsome race is located below the surface of the planet on the shore of the Omean Sea, a vast body of water completely underground. It is here the First Born maintain their vast fleet of warships.

The only other known habitation of First Born is in the northern hemisphere and is located in the geographic area known as The Rift, which lies between Horz and Gathol. This modern settlement has a population of 200,000 and is known as Kamtol. On occasions when the Black Pirates of Barsoom plan a large-scale raid the First Born of the two areas join forces, attack, then split the loot and separate.

A First Born is an arrogant individual, rarely conforming to the established forms of interracial etiquette and, until the coming of John Carter, the First Born were known as ruthless pirates though one black man--Xodar, a jeddak of the First Born--eventually became an ally of Helium.

It is interesting to note that "First Born" is a stated racial conceit of this vigorous black culture. They believe they were the first race to come from the Tree of Life. (See Religion)