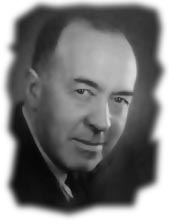 Edgar Rice Burroughs (1875-1950) was an American author whose exciting and sometimes charming Adventure Romances and Speculative Fiction novels produced between 1911 to 1948 changed forever the landscape of fantasy and Science Fiction writing. Author of nearly four score novels, such as Tarzan of the Apes, A Princess of Mars, and Land That Time Forgot, Edgar Rice Burroughs thrilled the imaginations of readers young and old around the world with more than three hundred million editions of his novels in print in upwards of fifty languages.

The stories speak for themselves, yet the readers have always wished to know know more about the author and his life. Thanks to the generosity of Danton Burroughs, a grandson of ERB, we now have an opportunity to share the life of Edgar Rice Burroughs and his family in personal photos and commentary.

The images and captions for the Burroughs Family Scrapbook are provided by Danton Burroughs, who is an officer of Edgar Rice Burroughs, Inc, a California Corporation, and by fans, researchers and scholars. Danton--"Dan" or "Danny"--Burroughs has graciously shared treasured family photos of his father and mother, and Edgar Rice Burroughs, for use on the Burroughs Family Scrapbook web page at ERBList.com. If there is a positive response (see reply form below) more pictures might be made available. Commentary by ERB scholars, fans, or interested parties will appear as sidebars, appropriately attributed.

The Burroughs Family Scrapbook is a work in progress.

More than 100 images were initially provided by Danton Burroughs. Tangor (David Bruce Bozarth) scanned the photographs and other exhibits in archival (1:1) formats to preserve these one of a kind images which where returned in printable CD format to Dan as well as a copy of the CDs for ERB Inc. Tangor then created the WEB VERSIONS of the images, the majority of which will appear at the Burroughs Family Scrapbook at ERBList.com or Bill Hillman's ERB-zin-e web site.

If you aren't happy with the images or the placement of the copyright notice and permission to reprint on the web on each image the blame is mine, not Danton or ERB, Inc's. In general these images may not PRINT if you send this page to the printer, and if they do print are of low to fair quality--remember, the images are for WEB USE ONLY. Live with it.

Mr. Danton Burroughs has granted extraordinary permission that the images below may be used on any WEB PAGE as long as the images are not modified, used in print, or infringed in any commercial manner. Please honor Danton's generosity in sharing family images which display his father John "Jack" Coleman Burroughs, mother Jane Ralston Burroughs, brother John (Johnny), and sister Dian. Other images, as they are released, are of Dan's Uncle Hulbert and wife, Aunt Joan and James Pierce, Jane's parents and relatives, family friends, the homes and residences, and examples of hobby photography by John Coleman Burroughs as well as images painted by Danton's father.

The Burroughs Family Scrapbook contains images from the 1920s to the early 1970s. The majority of the photos in this first set of images are of John Coleman Burroughs' family: Jane Ralston "Pixie" Burroughs, Johnny, Danny, and Dian during the late 1930s to early 1940s. John Coleman Burroughs, who illustrated many of his father's (ERB) novels, passed away in 1979. Jane Ralston Burroughs passed away January 12, 2002. (See ERBList's HALL OF MEMORIES page.)

Also included in the Burroughs Family Scrapbook are several hand written notes and postcards from "Jack" Burroughs (JCB) to Jane. These communications illustrate the ordinary affection we hope every couple might enjoy!

As captions and descriptions are accumulated new images will be released. In the meantime, please enjoy a personal viewing of these pictures of the "family next door!"

Edgar Rice Burroughs put his pants on one leg at a time like the rest of us. He had children who gave him and Emma joy and sometimes grief. Those children produced grandchildren who brought happiness and amusement to Edgar Rice Burroughs in the years after World War II. The Creator of Tarzan and John Carter, posed with impish tykes on each knee, provides a new perspective of the famous author as a doting grandfather and ordinary guy. Family. Always family. ERB passed the family attribute to his children (Hulbert, John, and Joan) and his children enjoyed the same interest and fascination with REAL LIFE which they shared with their children.

Danton Burroughs shares the wonder of his grandfather and the personal life and family and friends in these photographs. Thank you, "Danny" for sharing these images! Appreciation is also extended to Edgar Rice Burroughs, Inc. (official web site) for their participation in producing the Burroughs Family Scrapbook at ERBList.com.

The images at the Burroughs Family Scrapbook are as mundane or extraordinary as any pictures YOUR family might have taken during the same time period. Prepare to be bored, thrilled, or intrigued because family photos, while sometimes tender, sometimes poignant, sometimes odd, only have the most meaning to the family which took those photographs and can enjoy the the memories evoked.

Some images were previously published in Irwin Porges' "Edgar Rice Burroughs: The Man Who Created Tarzan," (1975). These images are reprinted by permission of the Burroughs family.