Items are posted chronologically. The NEWEST entries appear at the TOP.

The Los Angeles SubERBs (in cooperation with the Panthans)
Host the 2002 ECOF
Woodland Hills, CA

WHAT: The annual ECOF (Edgar Rice Burroughs Chain of Friendship), and Birthday Bash. Every year ERB fans and friends gather together twice: once for the Dum-Dum (this year hosted by Brad Vinson in May in Texas) and the other, smaller event, the ECOF.

WHERE: Right down the street from Tarzana at the:


If you mention the ECOF, the room rates are $79 per night, double occupancy (or $89 if you want a breakfast buffet for two).

There is shuttle service available.

For LATEST UPDATES to the ECOF 2002 event see the event's official website at http://www.jeddak.com/ecof.html 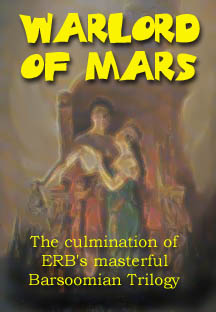 Dum Dum 2002, for me, started when Laurence Dunn arrived in Houston May 21st around 3:00pm on a gorgeous and glorious weather day for Gulf Coast Texas. Nowhere as ferocious and fierce as previous reports regarding the Bloody British Hooligan, Laurence and I gabbed and chatted for several hours, and he was gracious enough to tour my small bookstore (The Brown Bag) without laughing. I had a previous commitment to do recording that evening with my band, Grey Foxxe, and did not return to the Hacienda until after Laurence retired for the evening--it had been a LONG overseas flight!

Dunn left the Hacienda about 10 am Wednesday morning to meet Steve Wadding (Ghak) for a day tour of Johnson Space Center. Late afternoon he came back to The Brown Bag where we talked some more! That evening we took Laurence to Los Tios, a favorite Mexican restaurant of Mrs. T's. My brother James (Barney Custer) joined us. We had a preview of an upcoming ERB project of his, ate a pleasant dinner, then returned to the Hacienda to continue swapping stories, speculating about ERB's works, and in general having a grand old time! We viewed Tangor's pitifully small, yet highly unique and treasured!, collection of ERB and ERB related hardbacks. Jet lag, however still plagued Laurence, so the brothers Bozarth relented just shy of midnight.

Laurence left for College Station the next morning, vowing to terrorize American drivers by driving on the wrong side of the road! :)

Saturday morning, er...near noon... Tangor and Mrs. T. left Houston for the 90 mile drive to College Station, arriving about 1:30pm. The Hilton, a 10 story building near Texas A&M University, had a pleasant lobby. In mere moments did I meet an ERB fan and barely a dozen heartbeats later I was escorted into the midst of the gathering.

Greeting old friends and meeting other old friends from the listservers for the first time resulted in much handshaking and mutual admiration. Perhaps a dozen tables were setup in the Huckster Room. John Tyner was gracious in sharing his table for the few items I had brought to the gathering. More on the hucksters in a moment, for Mrs. T and I had arrived in time to attend a panel, which we were told, was created only the night before!

"Professor Porter," J G Huckenpohler, chaired the panel, which was as discussion regarding Barsoom and ERB's Science, Biology, and a Recent Reader's View. Huck's opening remarks dealt with the possible sources, then available to Burroughs and accepted in science and astronomy. Citing Lowell and others for providing the basis of the canals on Mars, Huck passed around 5 or 6 maps from the turn of the 20th Century.

Jim "OJT" Thompson was the second speaker. His discussion embraced the biology of Barsoom from the viewpoint of a biologist. One discussion point was the suggestion of a terrestrial parallel of multi-limbed cehalopods--nautilus, octopus, squid, and their prehistoric ancestors--as the possible evolutionary link for the multi-limbed animals and green martians from the ancient oceans of Mars. The question of how a martian human (including the green martian) might grow from goose egg size to two-and-a-half feet in diameter was speculated (a recent topic at ERBList). Jim held a question and answer session then turned the floor over to D J "Usha" Howell.

Dorothy's presentation was that of a reader CURRENTLY reading the Barsoom stories. Having recently read seven of the novels (leisurely during her morning baths) she noted the words of Burroughs. Burroughs' stories remain readable to this day because his science was good, but not expressed, his creations and creatures where interesting, yet not repetitive, and he never wrote down to the reader. She brought the viewpoint of one who had read the books early in life and had not been excited; yet, years later the Barsoom books had become fresh and new and new things were found this time around. Usha suggested that ERB wrote on many levels, the ordinary adventure that excites young minds, the philosophical level that sparks thought and wonder, and the human level of relationships.

There was a break of 20 minutes before the next event: the Auction, so I toured the tables. Conran, Ross, and Morse had the most extensive offerings, and boy, did I drool! Jim Savage (Lazy S Books), a local Texas boy also attending his first Dum Dum, had a near equal offering. I'm sorry...I met so many people today that I cannot remember all the names this evening as I write this report, but I'll get them and update this later!

Bob Hibbard (Waldo) brought name tags for those he knew was attending. The approximately 3 1/2" leather pinback is "branded" with the person's name, the ERB "doodad" (mine, anyway!) DUMDUM and '02. Very neat little item and very Texas! Bob also brought a series of framed pictures, one an original Hogarth, for viewing.

About that time Tarak (Bob Woodley, listmeister of THBlist and former member of ERBList and ERBCOF-L) appeared. The club-wielding Texican and the wordy Savage Barbarian gauged each other from across the room, then engaged each other in a titanic handshake while the rest of the gathering breathlessly waited to see what happened. :)

Bill Morse and I had a wonderful converstation regarding intellectual property copyrights at the "smoking center" -- the back door of the Hilton. Bill's knowledge of ERB's early business ventures in film and radio is astonishing. I knew quite a bit in this area before, but Bill's information filled in heretofore unknown immense gaps!

Thompson and I spoke of the ECOF2000 CD project. I had brought a master of the present project that is "okay" for release, but in the last few weeks I have been updating the project with new material. It was agreed to wait for the new stuff. If all goes according to plan I'll have the ECOF2000 CD completed in the next week to ten days.

In the meantime Jim and I will complete the list of people, including the contributors, who will receive a copy.

George McWhorter looked grand! What a fellow! He was very active during the first Auction. It was good to see him again. When I asked Bill Ross later, it appeared the Auction had gone well.

Predator (Dennis Wilcutt) appeared briefly. I have no idea what he was up to, but it wasn't in the huckster room.

The afternoon waxing, the hucksters began to box their wares. More conversations with other smoking challenged fans (Huck, Tarak, George) ensured. During one of those sessions we looked at photographs of David Byrd's (Houston, and new member to ERBList) collection. What an eye opener!

I carried our small huckster offerings (and I made a few sales!) to the car. As I re-entered the Hilton Thandar and Tarak were amusing themselves with their digital cameras. A photofest then ensued, Tarak determined to overcome the Texican by flash photography. Tarak then showed Wayne James, his wife, Thandar and me the second batch of photographs taken of Brad Vinson's extraordinary collection of original St John, Schoonover, Frazetta, etc. There must have been upwards of 35 images. I hope Tarak will eventually make the images available on the web--that 1" by 1-1/2" screen simply did not do these paintings justice.

Folks were getting ready for the banquet--and then Pete Ogden entered the lobby in blue jacket, slacks, white shirt and tie. Elegant, and a nice fellow, too! More group images were shot as more came down from their rooms, and eventually Mrs. T found me.

The time was a quarter after six.

The banquet was scheduled to start at six-thirty.

Sadly, Mrs. T and I could not stay. We had come up for the afternoon and had to return to Bellaire (a city surrounded by Houston) that evening. Much handshaking (Tarak returning six times!) ensued as we said goodbye. We left College Station, filled with warm memories.

My thanks to Brad Vinson and his wife for undertaking the Dum Dum event, and for his generous registration fee for the day's visit. Wish I had had the time to view his art collection!

To cap off the day I called Bob Zeuschner, who could not attend Dum Dum in Texas this year. After delivering exciting blow by blow descriptions of the event and the people I had met we both laughed. Can there be a more insane bunch of really nice people on the planet?

Footnote: This narrative embraces five hours of the Texas Dum Dum 2002. One of these days I'll attend another. If one can have this much fun in five hours, imagine what it must be like for 72 or more!

10:30 a.m. Remembering Russ: A Tribute to Russ Manning by his collaborators

Two other items still in stock are:

Webmasters may copy and display this page and images or set links to this page without permission as long as the content and images are not altered in any way, other than a link placed at the bottom to return visitors to your calling page.