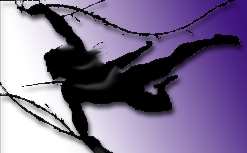 The Man With No Name

I had this story from one who had no business to tell it to me or to any other. It took some doing on his part to convince me that the story was true. However, I am obligated to protect the identities of the parties of this story, so please forgive me if I don't name names.

To appreciate this story, imagine what it would be like to be possessed of full human faculties -- reasoning, intelligence, a certain moral code, etc. -- and yet be able to move about and operate with the superior muscles, skill, and agility of many of the beasts of the jungle.

There was such an individual. His parents were abandoned on the shores of Africa by mutineers. They were both dead not long after, but their newborn baby survived by a miracle of fate when a she-ape, who had recently seen her own baby killed, adopted the jungle waif.

Tangor challenged the members of erb-list to tell a fabulous story without using six letters: T-A-R-Z-A-N. John Martin responded with The Man With No Name. A clever bit of scribbling for which the editor says thank you! and Tangor says it is time to end the squabbling over Elmo of the Pastiches. (See Tangor's Pastiche and Fan Fiction for a number of Elmo of the Apes stories. Tarzan, of course, is Trademarked by Edgar Rice Burroughs, Inc.)

She protected him as if he were her flesh and blood and that was about the only thing that enabled the child to survive until he became old enough to start using his God-given human brains.

Not that he didn't have a lot of close calls, sometimes surviving them by a bit of luck here and there, but survive he did and, in the process, acquired the jungle skills necessary for him to grow in mind, body and spirit -- skills he developed simply from watching and imitating the apes around him, and skills his advanced brain enabled him to acquire to prosper in the unforgiving jungle.

By chance, the youth one day found the cabin that had been built by his parents prior to their deaths, and his repeated inspections of the place rewarded him with many survival skills, including the acquisition of a knife, which he would use to save his life again and again. Further, the boy found a simple childhood learn-to-read book which, when he had put two and two together, actually taught him a semblance of the English language.

Because of the books and also his own moral genes, he turned into a young man with an innate sense of right and wrong, and thus acquired a degree of proper morals without ever having a Sunday school lesson. Speaking of Sunday school, he also managed to figure out from the books, and his own experience, that there was a supreme being watching over all.

Coincidentally, at the time the young man reached adulthood, he was discovered by a party of people who had been stranded in the region through which he roamed. He made their acquaintance and helped them in several ways, and fell in love with a beautiful girl who was a member of the party.

In turn, they were a help to him by reading his father's diary and discovering that the young man was actually the son of a landed and titled Englishman.

There were many other twists and turns in the story, but the final result was that this jungle foundling grew up to eventually take his position as an English statesman and even served in the air force of his country as an officer. Yet, he never lost his love for the jungle and spends more time adventuring there than anywhere else.

Somewhat of a private man, he prefers anonymity, though many have sought to tell his story in word, art, song and on the screen.

I could tell you his real name, but then I'd have to... well, never mind.