PREMISE: ERB expanded his writing style during the period of Pirate Blood. 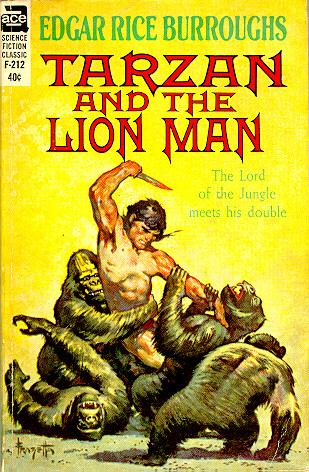 Despite the deteriorating state of his marriage, along with the equally deteriorating state of the country’s economy entering the great depression, the beginning of the 1930’s were good years for ERB’s writing career. Rather than a period of falling-off, Porges looks at the years 1930-1933 as one of his “highest levels of creative output.” (523). As evidence of this fact, he sites 5 completed Tarzan novels and the beginning of the Venus Series. One should not sell Burroughs short at this time of his life. Even though the Tarzan novels were not among his best, they are filled with a new humor and wit, as are the first two Venus novels.

Burroughs was in fact finding a new voice, a modern one that reflected the quick patter and jazzy humor found in the movies. During the depression, motion pictures were a main form of entertainment for the masses, and ERB was quick to take advantage of this market. “Tarzan and His Mate” (1932) was enormously successful and over the years has become a classic favorite. The Tarzan story portraying a man and his mate pitted against the world struck a chord with the audience going through hard times, and the fierce independence and pastoral freedom of the ape-man reflected the mythos of the American hero at a dark hour when it was most needed.

The Stock Market Crash of 1929 set in motion more events than the Great Depression. People everywhere scrambled to keep what they had, get all they could, and do it as quickly as possible. Because ordinary day to day life was filled with a touch of desperation the people were equally desperate to escape that drudgery in the form of inexpensive pulp magazines, radio, and films.

Entertainment during the early 1930s fell into several categories: Patriotic, Uplifting, and Lighthearted, or combinations of each. Love stories, Adventures, Inspiration—all were fodder for writers and filmmakers, yet there was an economy in producing the entertainment. Publishers and film studios were not immune to the recession. Shorter works in print, or feature films that were just a few to a dozen minutes over an hour in length were in vogue. The success of film and pulps during this period is an example of economy of cost v. entertainment, the beginning of the "Fast Talkies" era.

The Fast Talkies movies introduced a short-speak in language, direct and to the point, generally upbeat, or even humorous in the most tense situations. Edgar Rice Burroughs' writing style changed to reflect the shift in American language during the 1930s, after all he wrote to make money and the only way to make money is to write to the audience.

ERB also started publishing his own writing: Tarzan the Invincible (1930) being the first hardback in print by ERB Inc. This new control over his own work allowed him more leeway in his writing, and even though he continued to seek the pulp magazines market first. He must have felt a new sense of independence and control over his own future and fate.

Burroughs’ overall direction during these years was towards a NEW REALISM: i.e. the Soviets vs. Tarzan in Invincible and Triumphant, and the communists were criticized further in a more satirical way in the Venus novels.

Tarzan and the Leopard Men was based on actual terrorist practices in the Congo, and Tarzan and the Lion Man was about the movies. This fact, combined with a NEW, witty, sophisticated STYLE that Porges recognizes in his 1931 “Calling All Cars,” a short story written between Triumphant and Leopard Men, may explain some of the so called “defects” found in Pirate Blood. Porges comments that in Calling All Cars “his writing style is smoother and more sophisticated than in ANY of his previous works. The problem however, lies in plot defects... a mistake to build up such a dramatic situation and then have it come out a hoax.” (528). For ERB, as for the rest of the world during the 1930’s, it was not “business as usual,” so all lines were out trolling for new ideas, new story lines, anything to keep the “wolf from the door,” a thing that was always in the back of Burroughs' mind no matter how successful a writer he had become.

The following is a list of the top 100 films from 1930 as catalogued at the Internet Movie Database at the time this article is published. Presented as examples of the transition in film to the "Fast Talkies" style. The top 100 below is based on votes at the IMDB, not Tangor's top 100 of the era--that presentation would be quite different! Bold face entries below suggest pivot points of box office that induced film makers to produce more of the same. The bold face selections are not definitive, merely an expression of what Tangor liked from this list or has seen and liked:

Tough Winter, A
True to the Navy
Unholy Three, The
Up the River
Way Out West
Way for a Sailor
When the Wind Blows
Whoopee!
With Byrd at the South Pole