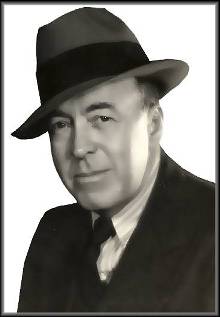 While going through vast numbers of backup emails attempting to recover some which had been deleted by accident, I found this message from 2004 and thought it might be fun to work it over as an article rather than a stream of consciousness blurted out — probably after having too many beers after dinner.

We know Edgar Rice Burroughs read other authors, even pulp magazine authors, since he famously once said (paraphrased) "I can write that bad, too." In the years before his death Danton Burroughs, ERB's grandson, located some of ERB's personal library and shared those titles to fans and webmasters (that would include me, for example) and the list of books was impressive. Burroughs was a reader, but we already knew that: Never having traveled outside of the continental United States, his descriptions of Europe, Africa, the South Seas ... all came from books, magazines, and the newspapers of the day. In the early years of his writing career the Chicago Public Libray system was a resource as well. Burroughs depended on these resources to give his works the "breath of life" which endeared his readers, and pocketbook! 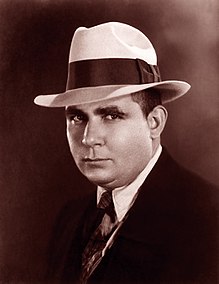 Members of erb-list asked the question in 2004: Did Burroughs read Robert E. Howard, the creator of Conan and a few other semi-famous pulp fiction characters?

Background in context of the times: Howard was a frequent contributor to Weird Tales and other pulps back when H. P. Lovecraft was a corresponding mentor to Howard. The pulps were running full bore and the number of publications was immense and growing. Unlike Burroughs, none of Howard's works had been collected for book publication before his death in 1936. Burroughs had been a producing author since 1912 and Howard didn't even start until sometime in 1929. In that regard their careers did not particularly overlap. Burroughs might never have noticed as REH had yet to appear in BOOK form — and books was where ERB lived. From that perspective I said:

Burroughs was often described as the "Grandfather of Science Fiction" in various reviews during the "early years" of the reprint boom (1963-1968). Let us not speculate over long as to whether ERB read REH. We can't prove that to a certainty. We can; however, state without equivocation that REH read ERB and was influenced by same. It is a grand concept that ERB reciprocated in that reading...but I doubt it. Burroughs' competitor target was Zane Grey. "I sold 10,000 in March? Wonderful! How many Greys?...20,000? Drat!"

Burroughs DID measure his success by looking at the popular authors of the day. Burroughs was also forced by publishers to keep producing the same old drek. And paid less and less. Again and again. Bills to pay. Divorces. A World War. Death of a one time spouse. Kids mature enough to have families and problems of their own.

There's no wonder that when ERB passed it was the Sunday Funnies on his bedspread between his cold hands.

No crystal ball is required.

Ed Burroughs lead a full life. He was also fairly disciplined when it came to his craft. We know from family and biographical research that Burroughs dedicated a set period of time each day to writing then dealt with his ranch (back when he had one), family, or other interests. As his fame grew (and his income as well) others came into his life, some for business, some for handouts, some just to be a pest. He kept his hand in local events, still finding time to read newspapers, write letters, raise a family.

Irwin Proges wrote quite a bit about ERB's life and works in his massive biography of Burroughs (Edgar Rice Burroughs: The Man Who Created Tarzan, Brigham Young Press, 1976). Letters, anecdotes, interviews all indicate that Burroughs was a very busy man from 1924 on. It was in 1924 the Burroughs became the first author to incorporate — setting a new business standard for those who followed — and at that same time there were a number of Tarzan trademark and licensing deals which also meant there were a few legal cases against those who infringed that now protected Trademark.

Would there have been time to read REH in the pulps? Burroughs was dealing with a failing marriage and a wife in deteriorating condition. He got a little side tracked with Hollowood (sic), an actress (wife of another man), and dreams of producing his own Tarzan films. None of these things turned out well. The State of California wanted more money in taxes and Ed, with a new wife, headed for Hawaii.

Did the pulps of the day reach the middle of the Pacific? Probably. Die Ed read any of them? We have no information in that regard. Then things changed, not only for Ed, but the world. December 7, 1941.

Back then I said:

After Ed returned from the Pacific it was radio and tv, no car, moving to a small home in Encino, playing with grandkids, visits to the doctor for recurring bladder problems — and all exacerbated by onset of Parkinson's.

Back it up a bit... even in 1936 ERB's attention was on political demarcations in Europe which resulted in World War II. Venus Series. Blind sided by Japanese attack on Pearl Harbor. Florence waving bye-bye as she and the kids headed back to the mainland — where Ed was unprepared to go because of difficulties with the Tax Office in California.

Maybe. On a toilet smoking yet another unfiltered cigarette but most likely reading the newspaper to see where the stock market was going and what new scam or hidden deal was uncovered in LA city politics, and worrying about the pain in his groin. Dying by inches but not yet ready to die. REH? Tales by a Texican maniac in a pulp rag who was afflicted with the need to write trashy prose emulating Ed's own work and with same loony Texican ending his career early with a gunshot. Damn! The deal on the golf course fell through (or some other deal ERB was working on). A bit of relief as gas passes. Regroup. Tighten the abdominal muscles for the heavy work. Observing writing. The job. "What I gets paid for." And "The bastards want the old crap and none of the new!" and "Tarzan, again and again. Why can't that character die? More importantly, why can't he pay like he used to?"

TV. Early years of aerial pollution. Film. Mindless entertainment. Words no longer necessary. Hollowood (sic) can do it all. Brain food as filling as Malto Meal. Check to see if the homemade wine has ripened.

Tangor admits to being a bit more caught up in ERB's REAL LIFE than Ed's writing persona. (Just struck a match to vacate the bathroom.) This personal observation/understanding is one reason why I feel ERB didn't read much of the crap in pulp magazines. In 1934 ERB was paid a record high of $10,000 for TARZAN AND THE LIOH MAN. 1935 saw $6,000 for TARZAN AND THE LEOPARD MEN. Yet, just three years later: TARZAN AND THE FORBIDDEN CITY came in at $3,000. The plunge continued. A nose dive that eventually resulted in $300. rates for some of his most inventive work.

Admittedly this is a bit more colorful than necessary; yet, true to what I believe. With all that was happening in Burroughs' life during World War II, his second wife leaving, an eventual divorce, the pulp markets drying up, his work as the oldest war correspondent over before it even got started, did he have time to read pulps like Weird Tales and Spicy Stories, or any of the Westerns? Think American Wild West stuff, that is what Howard was writing before he died of a self-inflected gunshot wound. Some of those mags reprinted REH during the war... did ERB read them?

The whole pulp publishing industry was in the toilet and no amount of struck matches could make that stink go away. Howard opted out (permanently) during that same period and really doesn't count.

Don't get me wrong, I like REH. Admired it when I first read most of these stories in the 1960s. More intrigued by REH's South Seas She-Devil series from the Spicy Tales era. A post contemporary who learned at ERB's ankle (not knee) and did a fairly good job at entertainment for the voracious reading public. A significant author. But not one, in this reader's opinion, who rises to the same level as ERB who is substantially low on the totem pole of MUST READ AUTHORS.

REH and ERB... a condundrum which cannot be resolved. Some indications there are influences (ERB to Howard, not the other way around) but nothing concrete as to whether ERB read Howard. Authors we KNOW were influenced by ERB are more graphic and expressed: Robert A Heinlein, Ray Bradbury, Leigh Brackett... Howard? Not there for the Texican.

Edgar Rice Burroughs was king of the pulps for a few years, his Tarzan and Mars tales were worlds of wonder that inspired many to do the same. Robert E. Howard was one of those guys, and it would be nice to think that Burroughs read all of his imitators just to see what they were doing ... but I doubt it.