The pulps were a publishing phenomenon which has been repeated just twice: once when paperbacks were cheap (.25 to .75 cents) and when the Internet made "publishing" affordable.

The pulps, of which there were many and of wide variety, published weekly, bi-weekly, or monthly. LOTS OF STORIES were needed, which meant that a great many authors were given a chance, and were actually GIVEN A CHANCE by the story hungry editors of these magazines. Stories had be be cranked out at enormous rates by author wannabes, read in prodigious numbers by bleary-eyed staff readers and editors, and the best were selected for the next few issues which were usually 30 to 60 days in production. Though chop-chop quick in evaluations, editing, type-setting, and print, the pulp magazines churned out a gargantuan body of work which entertained the reading public for about double the price of a nickle Coke.

Over the years, particularly near the advent of World War II, the number of pulps had diminished and publishing schedules were "less" hectic since nearly all had gone to monthly distribution and had scaled back the number of stories offered. The pulp editors were more selective of the authors printed—and these authors were usually those proven to be money makers during the decade prior. They began paying lower rates to authors and downsizing their publications. World War II and the paper shortages nearly killed the pulp magazines but it was not the war-time economic problems which finally ended thirty years of pulp glory publishing. 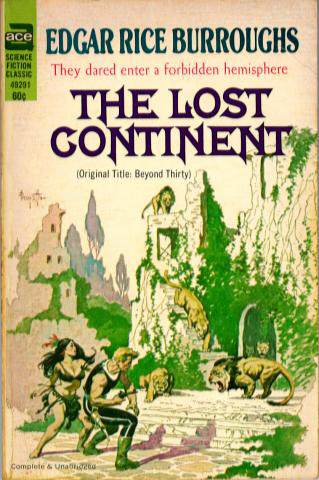 Enter the paperback book. Cheap and easy to produce, the volumes were small in size—"a pocket book." For twenty five cents (or as much as thirty five cents) the 1950's reader could purchase the entire text found in current hardback books at 1/8th the cost. Whiz bang! Almost overnight a new publishing empire emerged that could reprint that which had been previously published or present new authors—at lower rates—than those who wrote for the traditional publishing houses.

From 1950 until 1980 (about 30 years, like the pulps) paperback books became the proving ground of hundreds of new authors in a wide variety of genres. Dozens of artists illustrated the affordable volumes, some becoming as famous as the authors they covered.

But the margin between cost of hardback and paperback began to change for several reasons. Publishing costs rose when the price of newsprint (that cheap paper which self-destructs over the years) approached that of more durable papers, short print runs of "new" authors became cost-prohibitive, the rates authors negotiated became higher, and publisher philosophies began to embrace large print runs of fewer, more established authors because it is cheaper to print 100,000 copies of one "best selling author" than 10 authors on spec at 10,000 copies each.

The introduction of "trade paperbacks" further blurs the line and value of paperbacks. At one time the cost difference was 1/8th the hardback edition, that difference soon became between one-fourth and one-half.

Paperback publishers have gone the way of the old pulps in other ways: Larger companies have bought them up and those that survive sell for higher prices than at any previous time. Some publishing houses have closed, but others continue as "divisions" of a larger publishing group. Soon even these minor distinctions will disappear.

The Internet explosively provided a new medium for the distribution of author works. Nearly any kind of publishing media previously available, from newspapers to novels, can be found on-line. Tangor and JoN were among the first to provide realistic venues for new authors of adventure fiction at the unheard of rates of zero, none, nul, de nada dollars, ie. free from the authors and free to the public: publishing for the love of sharing stories and content. Don't blink twice, Hillie and I ARE the vanished breed in this regard as the Internet grows ever more commercial, codified, and compartmentalized. We fan publishers are dead (but don't show it at the moment). Current ISP, Provider, and Services are migrating to a pay-as-you-surf and pay-as-you-host format. Right now we have "free" services to publish great stories by fellow fans and peers, yet the writing is on the wall that soon we "publishers" will have to pay for the privilege of hosting stories. One of two things will happen: The guy with the deepest pockets will continue to publish "free" or the guy with not so deep pockets will make deals with the devil providers to charge access to our publications or get out of the "business." Not anytime soon, kiddies, but sooner than you might think.

What killed the BOOK as ENTERTAINMENT? 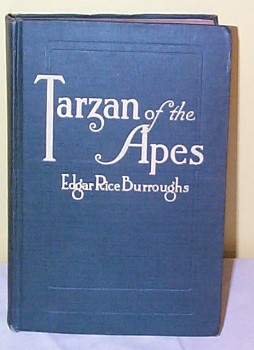 The "book" is not yet dead and probably will never die as it is among the most perfect of human inventions: knowledge / entertainment shared in a convenient, low-tech delivery package that requires no other technology (other than being able to read). Perfected over a period approaching 5,000 years there is nothing in human history as significant as "the book," though the wheel, for different reasons, might come close. CONTENT of books, on the other hand, has a less stellar track record. Crap in print remains crap. Today's technology makes the production of books even easier than before and all too often we find garbage between glossy covers. But that is another article.

What killed READERS of BOOKS?

Different question, yet one that is important to publishers everywhere, including the Internet publishers like Tangor and JoN. A long list could be presented, such as video (tv, film, tape, dvd), computer games, lowered standards in schools, single-parent families working overtime, day care, Federal programs designed to keep the downtrodden trod upon, yet more accurately it can be said that there are too many diversions available and (and this is the biggie) visuals and soundbytes have replaced reading. Without exception there are no newspapers worth reading, no magazines which provoke or stimulate independent thought, no role models which encourage self-help or personal betterment. No longer is it a badge of honor that one can read, or that one is well-read, or that one has learned how to think for themself. Books continue to be published, but the number of books offered—actual books, not internet or electronic publications—is down to about 1,200 titles a year (or less, but not much more). New readers have less to chose from and, sadly, much of what they can find is media driven pap, or politically correct drivel.