Tarzan at the Movies
And
Balancing Tarzan

I think we can safely say that no character in modern film is known by more people in more countries for more generations than Tarzan of the Apes. Burroughs purists are continually appalled (and well they should be) that the screen version of Tarzan is so unlike the character in the books. Many cry foul with each film they view, disappointed to see some jungle man who is either language-impaired or engaged in behavior opposite to that they have enjoyed in Ed Burroughs' two dozen Tarzan tales.

That difference is there for a reason and is little known to many. Burroughs gave movie producers (MGM in particular) permission to use the name TARZAN, but little else. That's why we have a Jane Parker not Porter, who is English not American, of the aristocracy rather than the daughter of a professor. Tarzan has an adopted son not a natural one, speaks broken English rather than fluently, and lives in a tree house instead of an African estate. 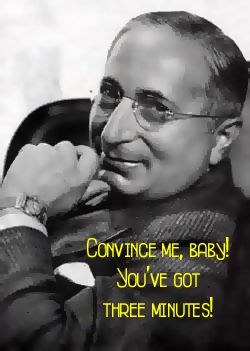 Yet even with all the modifications of character and storyline by screenwriters, the essential Tarzan comes through. We have a marvelously developed physical specimen who converses with animals, travels through trees at a speed greater than a man running on the ground and has a drop-dead gorgeous lady friend. He also happens to be as honest as the day is long.

Tarzan at the movies is a character enjoyed by millions who have never read the stories. While it is a tad sad these viewers have no conception of the multi-faceted character as written by Ed Burroughs, movie-goers are, by and large, as enamored of the Tarzan mythos as the book purists.

The most famous screen Tarzan is Johnny Weismueller; an Olympic swimming champion who had the "look" if not the intelligence of the Burroughs creation. Though dumbed down by the screenwriters, Weismueller's Tarzan is remarkably satisfying because of his great love for Jane, played by Maureen O'Sullivan, and his powerful presence when righting jungle wrongs. 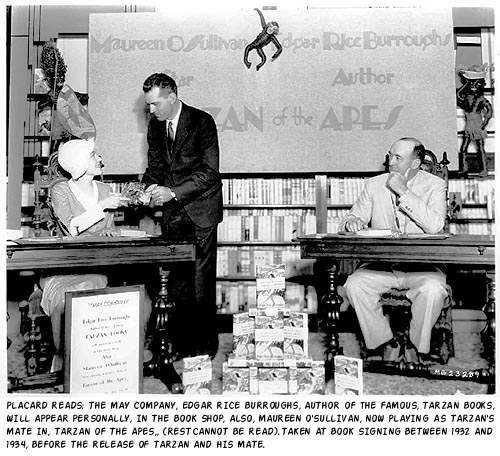 Elmo Lincoln was the first film Tarzan. His portrayal of the ape man was admired by Burroughs when the silent version was released in 1918. Another movie Tarzan favored by Burroughs was James Pierce, who eventually married Ed's daughter Joan. Herman Brix (Bruce Bennett) was cast as Tarzan for the Burroughs/Dearholt production of The New Adventures of Tarzan, which many purists favor as the best of the early Tarzan films.

After World War II Hollywood took a different direction with the Tarzan character. Lex Barker, one of film's most handsome leading actors, did a series of pictures that were artistically and cinematically better produced, but abysmally deficient in plot. It wasn't until Gordon Scott assumed the role that ERB fans began to see the "real" Tarzan. Scott's character was not hampered by broken English, nor were the plots thinly disguised action films with too many stock clips inserted and reused to the point of comedy.

In the 1960s Jock Mahoney and Mike Henry took the Tarzan character still closer to "the real thing." Both showed the ape man in a modern context, dealing with modern problems, acting as traveling troubleshooters to help those oppressed or downtrodden, or simply under threat from a villian. James Bond was the big box office at that time and these movies reflect that era.

A few lackluster Tarzan films were made in the years that followed. It wasn't until "Greystoke: The Legend of Tarzan" that the ape man again graced the silver screen with a commanding presence. This picture offers a marvelous portrayal of Tarzan's youth among the apes, but is otherwise seriously flawed. ERB fans, both book and film, have not yet agreed upon whether director Hugh Hudson ever understood the Tarzan character in the full sense.

Most recently Casper Van Dien took the Tarzan character out for a spin. Reviews have been iffy, but that is probably because expectations and hopes were too high. Van Dien's Tarzan is quite intelligent, but a reliance upon special effects, which the modern movie-going audience expects, interferred with the characterizations as presented in ERB's books. I personally enjoyed it as movie entertainment, all the while sighing "that's not my ape man!"

Can Tarzan, as Ed Burroughs envisioned the character, ever be portrayed on the screen? I have my doubts. What makes the Tarzan books so enjoyable to read is the thought processes of Tarzan as he walks through his jungle, or his emotions as he tracks down and disposes of villians. The screen can only show us what a character does or says, it cannot reveal the thoughts which provoke these actions.

A "real" Tarzan movie would be lousy box-office. It would show a strong man walking or traveling through the middle terraces (in the trees) and observing and FEELING what he sees about him. All action would be instantaneous, ie, the bad guy is dispatched post-haste without even raising a heartbeat or mussing a hair. Long sections would be devoted to hunting for food, and then eating it raw. These events, though enormously enjoyable in the books, would make lousy film.

But there is hope that Ed Burroughs' Tarzan will make it to the screen. In 1999 the Walt Disney Studios are releasing an animated Tarzan which is reputed to be (by those who have seen pieces and the animators' work) a close portrayal of the real Tarzan. Purists fear Hippos in tu-tus and other oddities, and that might happen, but even if it does the ape man is still on the screen, still entertaining millions, and still in our hearts. In the final analysis, that's all that counts.

For Tangor's update of the Disney Tarzan see TARZAN, A FILM REVIEW.

Or: Why the Real TARZAN OF THE APES Can never appear in Film

"That's not Tarzan!" is the cry whenever a fan of the books sees the ape man on the silver screen. "Foul!" "Horrors!" or perhaps less suitable language is uttered. While I sympathize with the pure heart which elicits such passion, I am a little disappointed at such naive rancor. The desired deed of all Tarzan fans, transferring Edgar Rice Burroughs' most famous creation to the silver screen, simply cannot be done.

Finding the right balance between the Tarzan of the Books and what can be realistically recreated on film is tough to accomplish. No screen ape man can travel through the trees as does our inner vision crafted from the words of Edgar Rice Burroughs. Drat!--we can't have that because no human alive can duplicate the feats described in the books. What are we left with? Fortunately, ERB had a tried and true formula which made nearly all his Tarzan stories a good read and (bear with me) extremely adaptable to film. Film also has tried and true formulas that produce good box office. When the two formulas are pasted together the apeman's jungle does emerge with varying degrees of success. Translating from one medium to another is the main issue. For example, 72 to 90 minutes is all the time film directors and screen writers have for the average feature film and that's happens to be near the attention span of the average movie goer.

The limitation of time means only the highpoints can be covered. However, there's a side benefit: film provides more immediate information (sight, sound, action) that takes multiple paragraphs to describe in books and actually occurs in SECONDS in film, so we do not lose as much as first appears because we can SEE the jungle, the action, the character's expression. That said, since no human can perform the same feats as Tarzan of the Books, adjustments have to be made to present the story on screen.

Adjustments we can understand, yet why is there a treehouse instead of cabin? Why is Jane a brunette from England instead of blonde from Baltimore? Why is Tarzan monosyllabic instead of vocal? In reality these differences in character are embodied in the little known fact that Edgar Rice Burroughs' contract with MGM only granted the film makers the right to use the Tarzan name and darn little else. The MGM script writers and directors were forced to devise their own version of the Tarzan tale.

Hollywood's vision is not all that far removed from the books if one is kind in observation and is also willing to apply the actual ERB text to the "ape-man" (Weismuller) movies.

In the first book Tarzan could not speak English, though he had taught himself to write the language before the Porter party arrived in Africa. He learned to speak French from D'Arnot before learning English, and that was months after Jane departed Africa! It was not illogical that Weismueller's Tarzan was mostly silent or monosyllabic and, keeping the above in mind, it is also reasonable that Hollywood changed Porter to Parker and Jane's Baltimore home to to some English semi-royality. These changes are only minor, but is contractually acceptable.

The secondary reason why Tarzan of the Apes as Burroughs wrote the story cannot appear in film is even more simplistic. The movie goer does not need to see HOURS of Tarzan learning to be an ape or dealing with the dangers of the jungle. Equally simplistic is showing the screen apeman's inner thoughts and morality in a single, well-shot close-up of a facial expression that visually speaks more volumes than any dozen paragraphs. 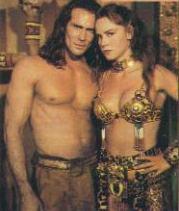 Tarzan we have seen in movies and film. That Tarzan is not the Tarzan of the Books because Hollywood has created a popularly public concept of Tarzan which bears little resemblence to ERB's ape-man.

Tarzan, in the public eye, is the character they see on the silver screen because more people are entertained by film than by reading. Watching is less work than reading and visual images are stronger than images we have to create while reading.

I suggest we enjoy Tarzan in whatever genre he appears, book, film, audio, and quietly sigh and moan when the character does not come up to OUR PERSONAL expectations as first learned reading the books of Tarzan by Edgar Rice Burroughs. Tarzan the Animated series, Tarzan of the Comix, and Tarzan of the Radio are probably more satisfying versions of the apeman than the fantasy character we see in film or TV; yet, for all the modifications Hollywood has presented we still get the basic elements of Tarzan as found in the 24+ novels of Edgar Rice Burroughs!

I was moved to tears (almost) watching Weismueller's Tarzan Escapes because a willing suspension of disbelief is what makes books, movies, music or art happen for me. Weismueller and O'Sullivan played parts that worked equally as well the characters of Made For Each Other or any of the other sappy "I love you so much I'm willing to sacrifice all for YOU" films which were the rage of the time period (mid-1930s). The first three Johnny and Maureen movies are fantastically well-done adult erotica that just manages to stay within the realm of good taste while probably hastening the advent of movie censorship. These films were hot stuff for those who know what the long looks really meant, but tame enough to be "mushy stuff" as far as the kids are concerned.

ERB never wrote carnal episodes, nor did he have to for the same reasons that early Tarzan film goers needed no diagrams to understand the by play between Tarzan and Jane. The truly epic adventure is the love between a man and a woman which holds firm regardless of situation or circumstance. Tarzan and Jane, particularly of the movies, is a celebration of that adventure.