Under no circumstances should anyone think this is anything related to Actual Barsoom Facts! Recognition is given to Jesse Marsh illustrations used in the spirit of parody and humor, though Mr. Marsh is best remembered as the most celebrated early Tarzan Comics artist from the 1940s on.

John Carter had been holding several of his swords up to his eye and sighting down them to make sure they were straight and sharp.

"Tars Tarkas and I are getting together a group of the guys to go to the Valley Dor," replied her husband. "Now that I've shown that voyages down the River Iss result only in a horrible death for pilgrims at the hands of the Plant Men, we're planning to go down there and wipe them out so they can't hurt anyone else."

"But John," said Dejah. "Just because you disagree with their lifestyle doesn't give you the right to kill them all. And remember, I'm a scientist. If you kill them off it might upset the delicate ecological balance on which all life forms on Barsoom are mutually dependent."

"Could be," said the Warlord. "On the other hand, we the people are part of that ecological balance and we're predators, at the top of the food chain, so to speak. And we all depend on the atmosphere plants the red Martians invented in order for any life to exist on Barsoom at all. So how do you know that wiping out the Plant Men won't actually improve the ecological balance? After all, those monsters down there are sucking up some of the valuable air we generate!"

Dejah thought for a moment and then nodded. "I think I see what you mean," she said.

She grabbed her own sword and began buckling it on. "Wait for me," she said. "I'm coming too."

Carter has reported they (plant men) "taste like chicken". However, transportation costs to send the tasty critters world wide is immense since they are only grown in Valley Dor.

Ras Thavas reports there's little sentience detectable, observing the plant men are primarily a herbivore that only develops a blood lust when animal protein (including humans and other creatures of Barsoom) are detected. Secondary limbs of the plant men (analogous to arms) are equipped with vampiric sucker mouths where hands terminate the tentacle like limbs. All the creatures need is the blood contained in the bodies. "It's a natural fertilizer that promotes budding of little plant men offshoots by the asexual creatures."

The 31 Jeddaks recently put the plant men on the endangered species list since they are one of the few flora on Barsoom that actually exhale oxygen into the dangerously cooling Barsoomian carbon dioxide atmosphere. The three atmosphere plants—created by the Orovars and not the Red race despite current mythology—cannot be expanded as the technology has been lost and is merely monitored by a religious sect called "Keepers", which are often prone to strange behaviors.

Were the royal couple of Helium, and a few of their pals, to embark on a plant men hunt—as suggested in earlier reports—it is likely protests would erupt planet wide from the many adherents of Green Plants and Reversing Extinction which would then descend on the ecologically essential "lungs of Barsoom", that vast natural area known as Valley Dor and the Lost Sea of Korus.

Meanwhile, protests and street marches would disable the cities and capitals of Barsoom. Ras Thavas has predicted that that activity, as well as the looting and burning, would reduce atmospheric oxygen to life-threatening dangerous levels. When asked for possible solutions the man of learning shrugged his shoulders and said: "Since nobody will agree, I have nothing to add. Go away!"

However, Carthoris, son of John Carter, Warlord, and Dejah Thoris, Princess of Helium, recently spoke of new concerns for the aviation industry regarding the fluctuations in the balance between CO2 and Oxygen as regards aether vehicles. "When oxygen levels, a gas much denser than carbon dioxide subsides as result of increased hunting of plant men, the speed and efficiency of our global transportation networks—and even the functionality of our aerial navies—is impaired. Propellers need something to push against."

From a different perspective famed ecologists such as Thuvia of Parth (the princess wife of Carthoris), decries any human interaction with the "wonderful creatures of this glorious planet." Thuvia, however, also recognizes that the blood feeding of the plant men upon those seeking the end of life down the River Iss is an essential side effect of reducing the introduction of significant levels of carbon dioxide that is already too rich in that substance. "The plant men have kept that balance within the abilities of the three monolithic atmosphere plants pumping manufactured oxygen into the air," she said. Moments later, after a question from an envoy of Toonol, she added: "They must feed if they are to breed!", she passionately cried before entering a restricted access gathering of ecologists at the Hall of Knowledge. Scientists and activists from Duhor, Ghasta, Zor, Zodanga, Ptarth, Amtol and Helium headlined the scientific event.

Kantos Kan, the Warlord's most trusted and dearest commander made only one comment when asked on this question: "They better stay away from the palace and the air fields. The Navy will not put up with any such nonsense." 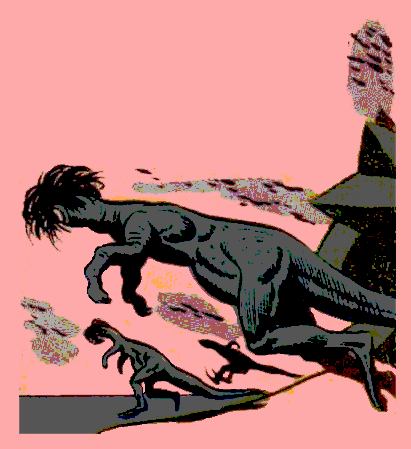 Jumping on the bandwagon of protests started by radical, well-funded protestors, a spokesman for the Plant Men has joined the fray with those demanding an end to the ill-advised plan by the Warlord of Mars and his drinking buddies to commit genocide on the peaceful Plant Men of Valley Dor.

"It was our Garden of Eden," claimed Bo Tannical, the leader, "until the pilgrims with their own agenda started invading our territory in droves, looking to take over our lush valley. We had no choice but to defend ourselves. Some of them even came armed, and wreaked great havoc upon some of our citizens who sought only to defend themselves."

He noted that Plant Men are descended from the Tree of Life, which brought all life to Barsoom. "As children of the Tree, we were here first," said Tannic, the spokesman. "They come to take our land, kill our white apes, steal our grass."

He noted that, in the past, the red Martians had made treaties with the Plant Men but had always broken them. Finally, they confined them to the Valley Dor, a reservation of sorts, until they discovered what a paradise it was and then they started coming to settle it and destroy their precious grass crop by harvesting it, drying it, rolling it into cylinders, jabbing it into their mouths and setting it on fire.

In retaliation, he pledged that the Plant Men would soon be setting up games of chance near major cities and selling fireworks, rum and cigarettes to take away the money of the red Martians and those who companied with them, like the so-called Warlord, so they could not afford their free-wheeling, murderous expeditions.

Edict from Temple of Issus

Holy Hekkador Dwanop has come out against a growing number of activists concerned that the continuing geological pipeline being carved by the River Iss is eroding the Otz Mountains which ring and protect Valley Dor from the hordes of barbarians and natural predators of the greater world.

Details emerged from Dwanop's announcement regarding the hordes of activists with no standing invading Valley Dor to agitate, barricade, set fires, and otherwise act in unruly manner. "These interlopers are interfering with our Valley Dor population. It has been reported that these activists from nations as far away as Okar, land of yellow Martians with beards, have turned to the land as several hundred plant men seem to have mysteriously vanished, perhaps into the hungry bellies of these radical interlopers!"

Holy Hekkador Dwanop has promised a holy war against these atrocities because the plant men serve a vital function via the vampiric draining of blood from human bodies of willing Red Martians "taking the River Iss to their holy death", Dwanop said. Therns do not consume "bloody meat". The superstitions of the Red, and occasionally Green races, has provided the necessary protein which sustains the health and vitality of the Therns.

Meanwhile, the 31 Jeddaks have taken notice of Dwanop's thinly veiled threat to Peace and have gathered at Greater Helium to conference on the potential upset, interference in traditional burial rites, and interruptions to world commerce.

this story has been updated with reportsof talks between the 31 jeddaks.

Reliable sources, who wish to remain unnamed, have provided Planet News with reports that at least seven of the Dators of the Black Pirates of Barsoom are outfitting their great aerial and submarine navies to address a growing problem of activists, plant men poaching, upsetting the balance of power, and simply because it's a thing Pirates do. Attack, pillage, plunder and perhaps rape some women along the way.

This is early reporting. Please refresh your news link for updates to this emerging story.

The Warlord of Barsoom walked back to his wife, who was feeding the caged hunting calots included in the expedition. 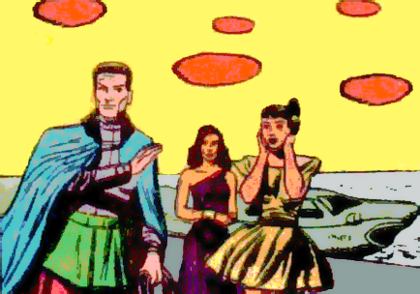 Dejah Thoris stamped her petulant sandaled foot and hissed: "What do you mean 'it's off?' "

"Bad optics. The bleeding hearts are in a spin and ..."

"Well," John Carter winked, "there's two other fun things we can do."

The Princess of Helium scowled. "Just when I was set to go kill something .... What alternatives?"

The dainty woman shivered deliciously with a sly smile. "Can we do both?"